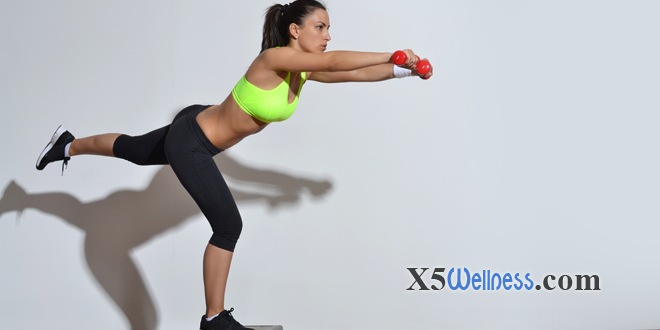 Anatomical differences between men and women impact how effective and safe workout plans for women are.

Ignoring these differences slows down the progress and creates imbalances that show up in joint and muscle aches and pains that women feel especially in their knee and low back.

One of these anatomical differences is the shape and position of the pelvis that affects three significant parts of fitness plans for women.

Pelvis of a woman is wider than a man, and it has a higher degree of anterior pelvic tilt.

The wider hip shifts the muscle attachments to the side. One of these muscles is quadriceps. Quadriceps muscles connect to the knee cap and control how it moves within its anatomically safe track or how it moves out of it creating or contributing to knee dysfunction and pain.

As these exercises make quadriceps muscles stronger, without corrective exercises they also pull the patella (knee cap) to the side and cause or contribute to knee pain.

The anterior pelvic tilt in women that is naturally more pronounced creates an over-activation of the hip flexors and under activation in the lower abs.

Quadriceps is also part of the hip flexor muscles. Over-reliance on quadriceps- dominant-exercises also increase the strength and activation of hip flexors.

Since hip flexors are attached to the lower part of the spine, overactive and overbalanced hip flexors cause and contribute to low back pain both in women and in men. However, the increased forward tilt of the pelvis in women makes them more prone.

To make corrections the first step is to look at the ratio and the time women spend engaging their quadriceps and their hip flexors. Write down how many of your exercises use quadriceps and hip flexors and also how much of your workout time you spend on it.

Most workout programs rely heavily on working out the quads and hip flexors. They may create an illusion of variety on the surface, but they reveal dangerous redundancies underneath.

A quick way to recognize redundancies in quad and hip flexor exercises is to look at two things.

The ideals of Hippocratic Oath for physicians applies to designing, customizing and following an exercise plan for women and men.  “Practice two things in your dealings with disease: either help or do not harm the patient.”

Without taking action in the "now", the past predicts the future.