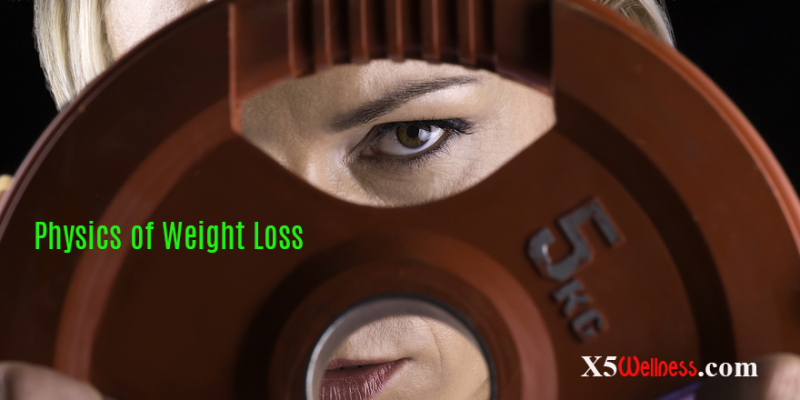 Movements that burn calories and lose fat follow the laws of physics regarding energy and motion.

Your understanding and application of these laws help you in three ways.

The basic formula of power below provides one of the most effective guidelines in burning calories.

Power is displacement of force divided by time.

Imagine that you are driving a smart car and it stalls in the right lane in the US. You need to move to the shoulder and out of traffic.

Power is how far and how fast you can move that car. The increase in power output requires more energy.

In this case, the car is the force. Displacement is the distance.

As luck would have it,  another car stalls a few feet in front of you. That car is a Hummer weighing at over 6,600 pounds.

All other things being equal and disregarding friction; the huge Hummer requires more than 3.5 times energy to move the same distance to the shoulder.

Anyone who has ever owned heavy cars can see the result of the physics formula of power in how much they spend every month on fuel.

Force in one part of the equation.  Next is displacement or distance. 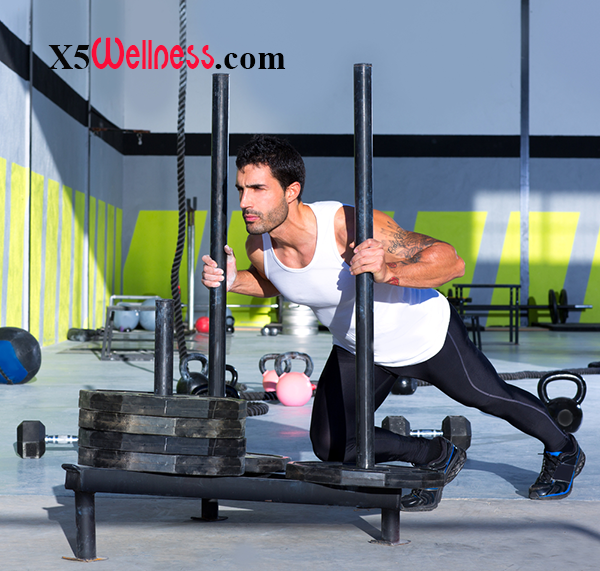 Now imagine that both cars weigh the same. However, one car stalls in the right lane in the US which is close to the shoulder and the other one stalls in the middle lane.

The car in the middle lane must be pushed further to reach the shoulder than the car in the right lane. Further, means more which is more displacement and more energy expenditure.

To burn calories, you need to move further. This part of the power formula has given birth to most aerobic exercises like walking, jogging and some form of dancing. The emphasis is on distance.

However, if you focus on the concept of using distance as the means of calorie burning and weight loss, you would be disappointed.

Other calorie-burning factors including increasing muscle mass and vo2 max are a part force and time and not displacement in the formula of power.

Let me give you another example from common workouts.

Imagine two people with the same weight and height.

John does ten pushups, and Marry does ten full squats. They both complete their respective exercise at the same time within 30 seconds.

Marry doing ten squats uses more power. She moves her entire body (force) for greater distance from standing completely upright to a full squat all the way to the ground.

John doing push ups moves only part of his body, his upper body, for a shorter distance by bringing his chest close to the ground.

All things being equal which they never are, if you had to choose between squats and push ups, for burning more calories, you should do squats. Or, give higher priorities to squats than push ups.

A squat exercise covers more distance and moves more force than a pushup, and according to the formula of power, it burns more calories.

Speed is another element in the power equation of calorie burning and weight loss.

Imagine two people with the same weight and height do 20 push ups using the same form.

One completes 20 pushups in 20 seconds, and the other does it in 40. The one who does the push ups faster uses more power and burns more calories coming from carbs.

I am over simplifying this process, for now, to get to the next point.  In more advanced courses we get into more details.

So if you wanted to put together an easy way to use a lot of power and burn a lot of calories coming from carbs, you get the heaviest load possible, move it as far and as fast as you can.

In bodyweight motions, you end up doing a lot of fast squats, fast pull-ups and fast push ups variations including plyometrics like jump tucks and clap push-ups.

You can also use a combination of these like a push-up, jump and pull up combination.

You WILL sweat. You WILL gasp for breath. You WILL burn calories. And you more than likely HURT YOURSELF.

And this is the point I want you to remember. Without assessment, a clear process of progression and preparation time, the best calorie burning exercises are likely to hurt you.

Action: "Action may not always bring happiness; but there is no happiness without action." ― Benjamin Disraeli